TechCrunch is Wrong: The Cost Of Nexus One Freedom 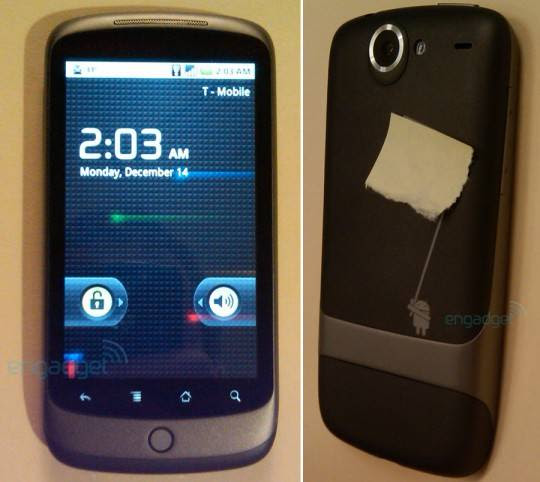 TechCrunch has an article on the new "GooglePhone," the NexusOne, and "why it still matters." In essence, it's been revealed that you can buy it, unlocked to any carrier, for $530. The article makes an attempt to justify that, while the cost is high, it still is amazingly groundbreaking. I could not disagree more. Let's have a look at what the argument is for "why this still matters," and why it's a crock.

Google is supposedly selling this $530 Nexus One completely unlocked. Uh, so what? This is a GSM phone, which means in the US, that vaunted "unlocking" lets you not only use it on T-Mobile (the preferred carrier), but all other US GSM carriers. What's that you say? Who are the vast selection of others? AT&T. That's it. Yep. So, let me get this straight: I can spend nearly twice as much for a phone that I can choose to sign a contract to use...with all of 1 other carrier? Oh, and if I do want to use this with AT&T, I can only use it with their EDGE data network, not even their 3G network? In what world is this good news?

The crux of the argument here is that "wow, it's amazing: you can buy a truly unlocked GSM phone." Guess what? You have been able to: as long as you jailbreak your iPhone. The problem is not that it's unlocked, it's that the US is not Europe: Europe has multiple GSM carriers, all competing for your Euros. As a result, you have real choice in plans, whereas in the US, you don't. Telling me that this "amazing" new development will somehow stimulate carriers is just wishful thinking.

What Google truly needed to do here is to offer this unlocked phone for a nominal fee, or even $0, but build in an ad model. Imagine bringing up the e-mail client in the phone, and Google targeted AdWords float in the notifications bar, a la Gmail. Or a web browser with built in ad space. Or being able to offer Google Talk with targeted audio ads. Google is buying the top advertising system for mobile devices (Admob), so they clearly understand there is money to be made from mobile ads. Hell, how about having to listen to a 10 second ad before your call connected? Would you do that for a $0 Android powered smartphone? You damn well might. Voicemail from Google Voice? Now that is what I would call innovative.

Why wouldn't Google do that? Well, for one, it might rankle the carriers a bit. But if you still had to pay their plans, they'd get past it, especially if it drove adoption. Google certainly has the cash. Perhaps they fear that the open Android architecture would allow easy workarounds? Maybe, but since Google controls that architecture, no one would fault them for setting limits on this hardware. And if a few uberhackers figured out ways around it, it still would not go mainstream, and Google could probably build in some terms of service that allowed them to cut the phone service off if the customer did.

I applaud Google for getting into the space. I like Android. As I said way back in September 2008, "The taskbar at the top of the screen is incredibly smart and intuitive, as is the sync to Google applications." I think Android has progressed dramatically since then. And I want choice: competition breeds innovation, and I would love to see Apple adopt some of Android's strengths, and/or Android to get a true media syncing solution. But the Nexus One had a chance to hit the iPhone where it hurts: the wallet. And Google is balking at taking that shot, with no reason. And if the Nexus One fails to make a big impact, I can see Google walking away, which would be a real shame for the consumer, as well as for their future.